I CAN DO THAT
IN THE STUDIO with Bush Prisby

I began my art career shortly after attending a large outdoor traditional crafts festival and deciding, "I can do that." The decision to work in wood was based upon my research of craft show sales by medium, and not by any particular conscious desire that I'm aware of. And so shortly after my wife and I were married, my woodcrafts business was started in the old coal cellar under the porch of our rental apartment, with a cheap handheld sabre saw and a few boards from Busy Beaver. Knowing the landlord was helpful, as he soon allowed me to take over much of the basement. With only one small glass block window, it was not an attractive workspace, but there was room for the large power tools I needed to start getting serious about production. 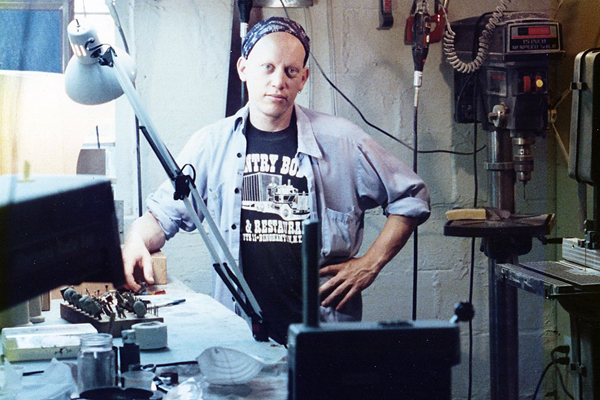 My work quickly evolved from small, flat cut-outs painted on one side to larger pieces with rounded edges. There was a natural progression as I began to refine my works, set goals, and hone my carving and finishing skills. I resolved that for one particular show, I would exhibit carvings rather than cut-outs, and so began my trial and error process of creating small, three-dimensional carvings of cows, sheep, pigs, and more cows! My first cow attempt went poorly and, in frustration, I smashed it on the floor with a large mallet. In the end though, a long period of my career was spent carving cows. After carving too much wood from my first sheep, it looked rather scrawny, so I painted its body with wood glue and applied coarse sawdust. This created a nice, wooly texture and a technique I would use from that point on. I learned from my mistakes. 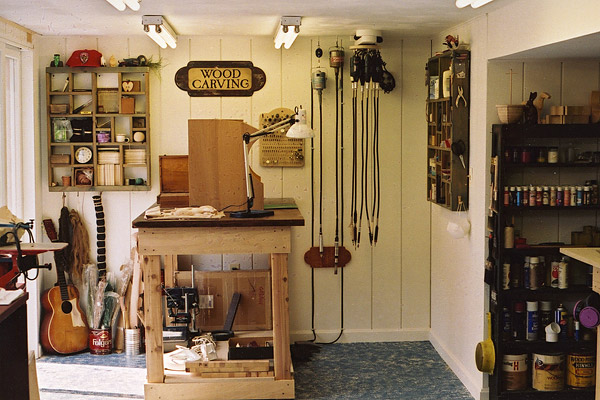 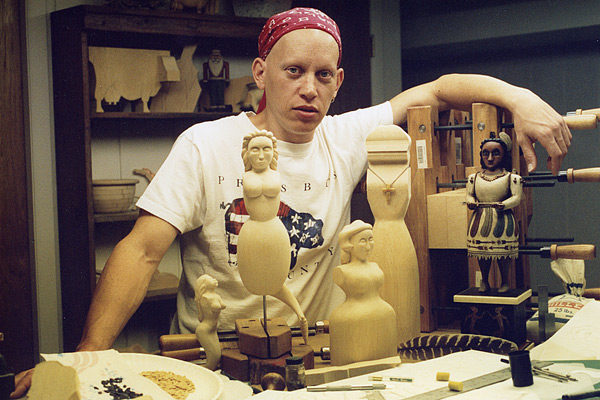 With one full wall of windows, the studio in our first home was a great place to work (although my joy may not be apparent in the above photo)! It was there that I carved for another dozen or so years, creating pieces which juried me into some of the best shows and appeared on the pages of some favorite magazines.


Sometime around 2004 I built bushprisby.com, enjoying the challenge and problem solving involved in the process. I started building websites for other artists and when this became more profitable than carving, I transitioned to web design full time.

Now, in a new work environment, I've begun exploring new ideas. I've always been drawn to graphics and graphic elements, whether artist-created or designed by nature, as with Laughing Gulls. I'm heading down a new path - hope you'll join me. 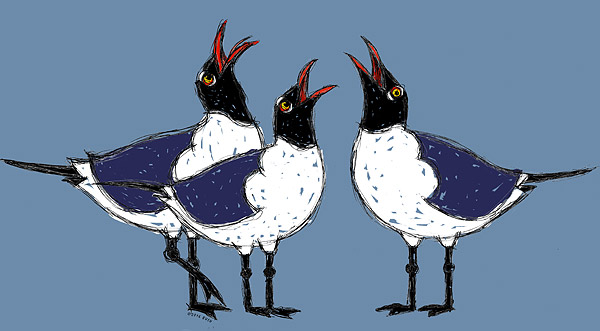 For updates on what I'm doing now, please visit my website - bushprisby.com.